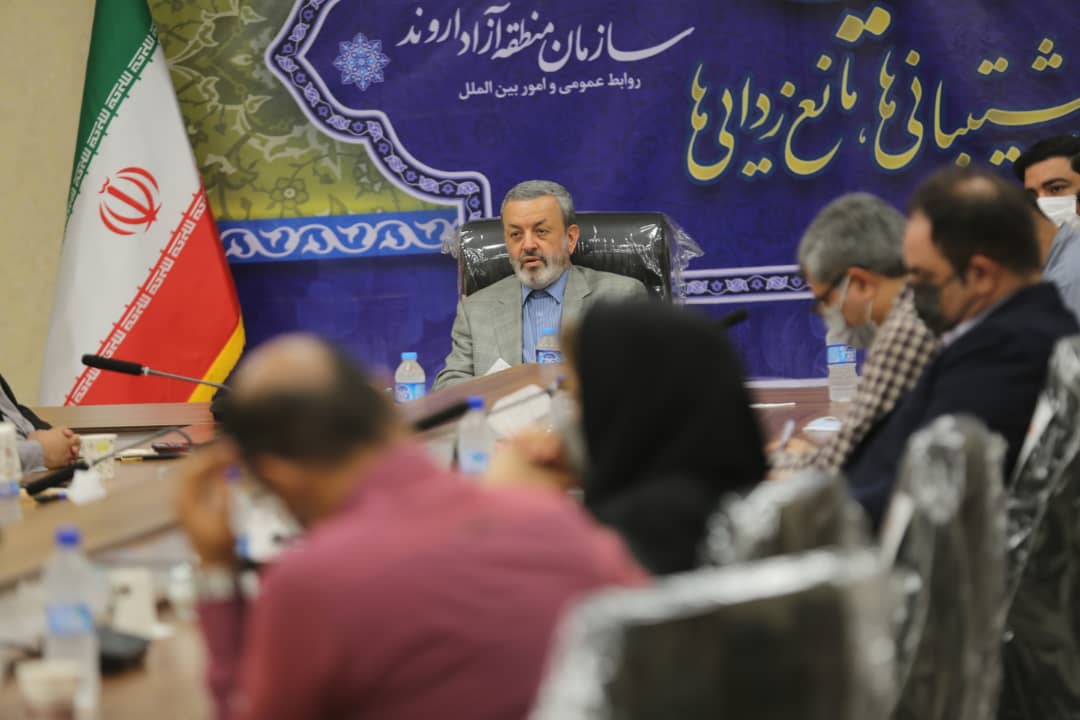 In a meeting with the media, Mohammad Reza Eskandari, the managing director of Arvand Free Zone Organization, while appreciating the efforts of journalists and information activists, discussed the issues and problems in the region.
According to the Public Relations and International Affairs Department of Arvand Free Zone Organization, Eskandari on Thursday, November 4, 2021 in a cordial meeting with the presence of the director of public relations of the organization, representatives of press, news agencies and news sites of the region discussed the problems and concerns of media were.
He also emphasized that the mentioned meeting is in the direction of getting to know and synergizing as much as possible with the media in the region; stating: “In this meeting, what is desired is the knowledge and views of the media regarding the existing issues and problems and provide the best possible solutions to solve the problems of the region.”
In another part of his speech, the head of Arvand Free Zone Organization pointed out in detail future plans for various sectors, including changing the organization’s approach to social issues, trust in young and indigenous forces, economic prosperity, tourism, health, education, etc.