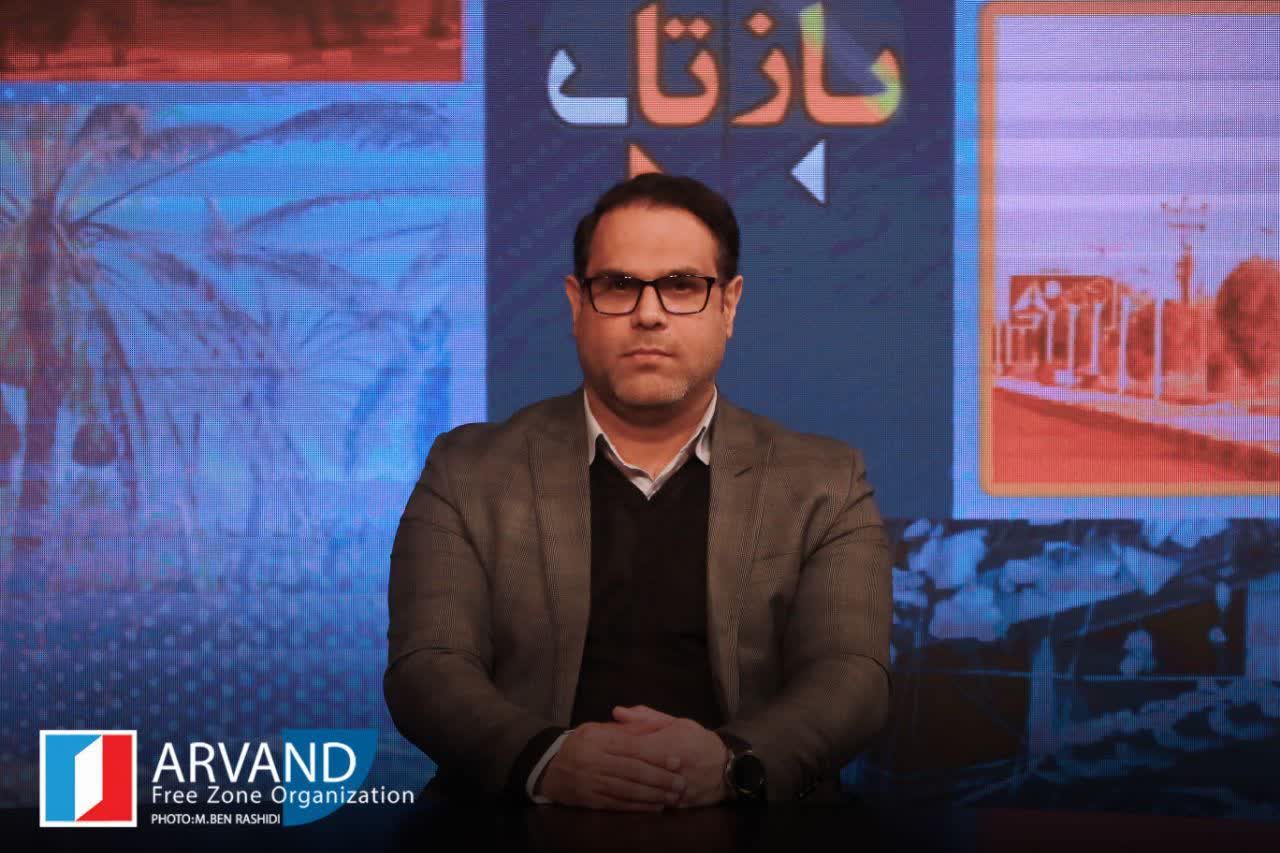 According to the public relations and international affairs department of Arvand Free Zone Organization, “Mohammed Nazimi”, the director of the development of the industrial areas of this organization, in a television interview with the Abadan Central Television program, regarding the latest situation of the industrial site of Arvand Free Zone, stated: Part of the industrial site of Arvand Free Zone belongs to the Khuzestan Industrial Estates Company, which includes 550 hectares in Abadan and 1,100 hectares in Khorramshahr, and according to the memorandum of understanding with the Khuzestan Industrial Estates Company, the management of these settlements is assigned to the Arvand Free Zone Organization. It has been said that there is a good interaction between these two institutions in the discussions of infrastructure, construction and support of factories.
Stating that more than 100 billion tomans worth of infrastructure projects are currently being implemented, he said that another 260 billion tomans will be added to the total of these measures by the end of this year by Arvand Free Zone Organization. The infrastructure of the industrial site should be developed and modernized.
Nazimi clarified: Most of the active units in the industrial site are operating with less than 50% of their capacity, and if their productivity capacity is to be increased, all government agencies should come together and help them in different sectors, which is also the case in processing.