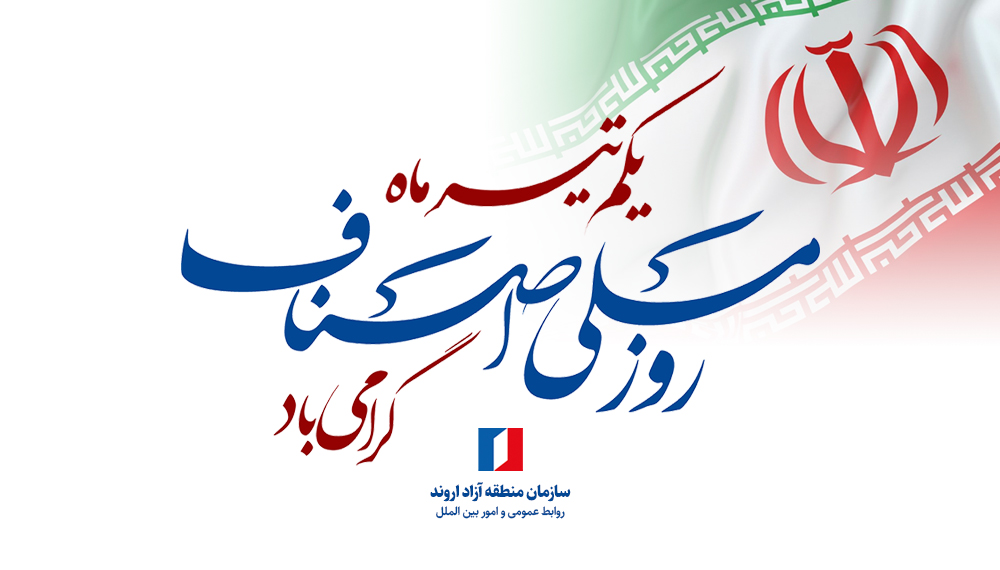 In a message on July 21st , Ismaeil Zamani, the CEO of Arvand Free Zone Organization congratulated the National Guilds Day. According to the Public Relations and International Affairs Department, the text of the message is as follows:
On July 21st , I would like to congratulate all guilds in Arvand Free Zone of Khorramshahr and Abadan on the National National Guilds Day.
The guilds have played an important role in the development and psychological security of the people of the society from the glorious Islamic Revolution to the imposed war and holy defense and the period of reconstruction and other occasions. During last year’s floods, local unions showed that they were taking effective measures alongside the people and their allies by doing good deeds to provide them with the goods they needed.
In the current era when the coronavirus has spread all over the world, including our beloved country and the cities of Khorramshahr and Abadan, the guilds of the region were with the authorities and the people, both in providing the necessary goods in the medical, health and food sectors. Therefore, I consider it my duty to thank and appreciate all the production and distribution units, the esteemed board of directors of the unions and the board of directors of the guild chambers of Khorramshahr and Abadan counties. I hope that under the attention of Imam Mahdi (AS) and under the orders of the Supreme Leader, you will be successful.