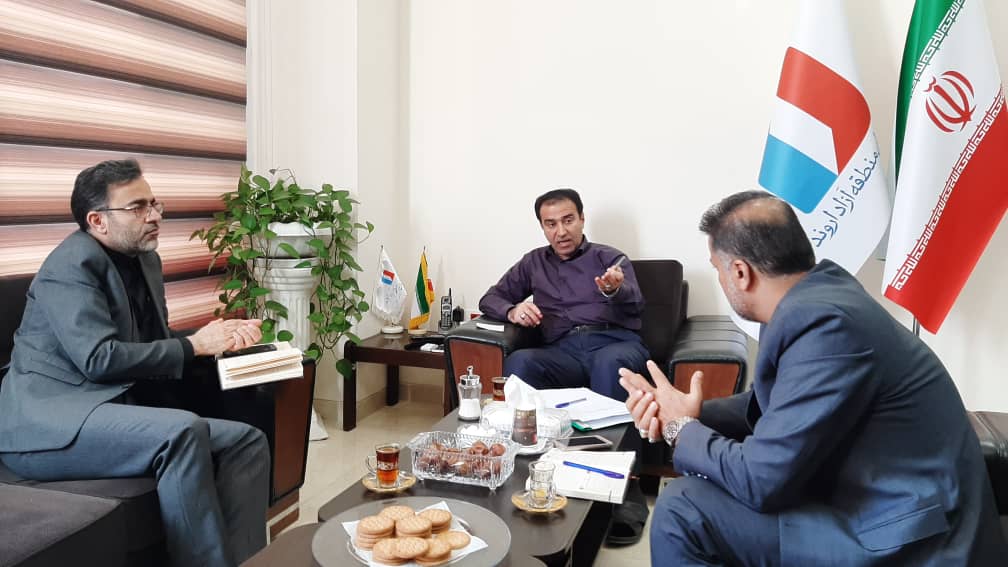 According to Public Relations and International Affairs Department of Arvand Free Zone Organization, Seyyed Ali Mousavi in a meeting with Iran’s Trade Adviser in Basra province and its economic counterpart at the Consulate General of Iran in Basra about the problems of exporters and business affairs on the border with Shalamcheh said: ” The problems arose through the Iraqi standard for goods exported to Basra and other Iraqi provinces.”
The official emphasized: a meeting was scheduled on the activation of the food lab in the country, facilitating the entry of traders to the Shalamcheh commercial border, the route of the merchants to Arvand logistics dock and investigating the problems of Iraqi parties with relevant departments. This meeting was held on Wednesday this week in Khorramshahr Chamber of Commerce with Iraqi and Arvand Free Zone businessmen.
Mousavi pointed to holding Khuzestan province’s capabilities exhibition in Arvand Free Zone in February and added: ” the Iraqi side is intended to visit the exhibition.