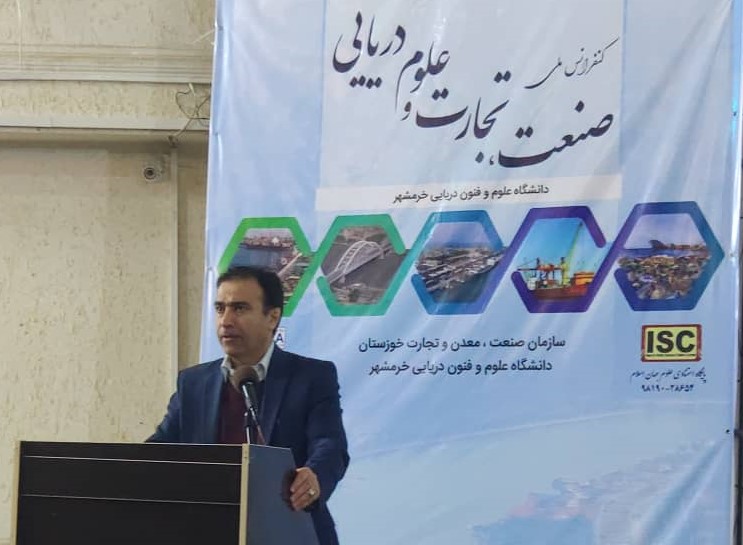 Arvand Free Zone Investment Deputy said: This February, with the launch of 20 new industrial units, production capacity in Arvand Free Zone will increase.
Public Relations and International Affairs department of Arvand Free Zone Organization reports, Seyed Ali Mousavi, at the opening ceremony of the National Conference of Industry, Trade and marine science in the Khorramshahr University of Marine Science and Technology stated, there are currently 176 active industrial units in Abadan and Khorramshahr industrial towns, with the addition of 20 new industrial units the number of units will increase to approximately 200.
He also pointed to the export of the region’s products and said: Since the beginning of this year, more than 1 billion and 200 million dollars of non-oil exports were made from Arvand Free Zone, about 25% of which were productions of the region.
Investment deputy of Arvand Free Zone Organization pointed to the capacities of combined transport as one of the major benefits of the region and said, given that more than 90% of world trade is carried by sea and Arvand Free Zone also has access to the open waters, existence of Ports are potentials of this area.
He added, due to the maritime advantage of Arvand Free Zone, maritime transport and shipbuilding have flourished in the region, and the existence of seven large shipbuilding units has resulted in the employment of 5000 people.