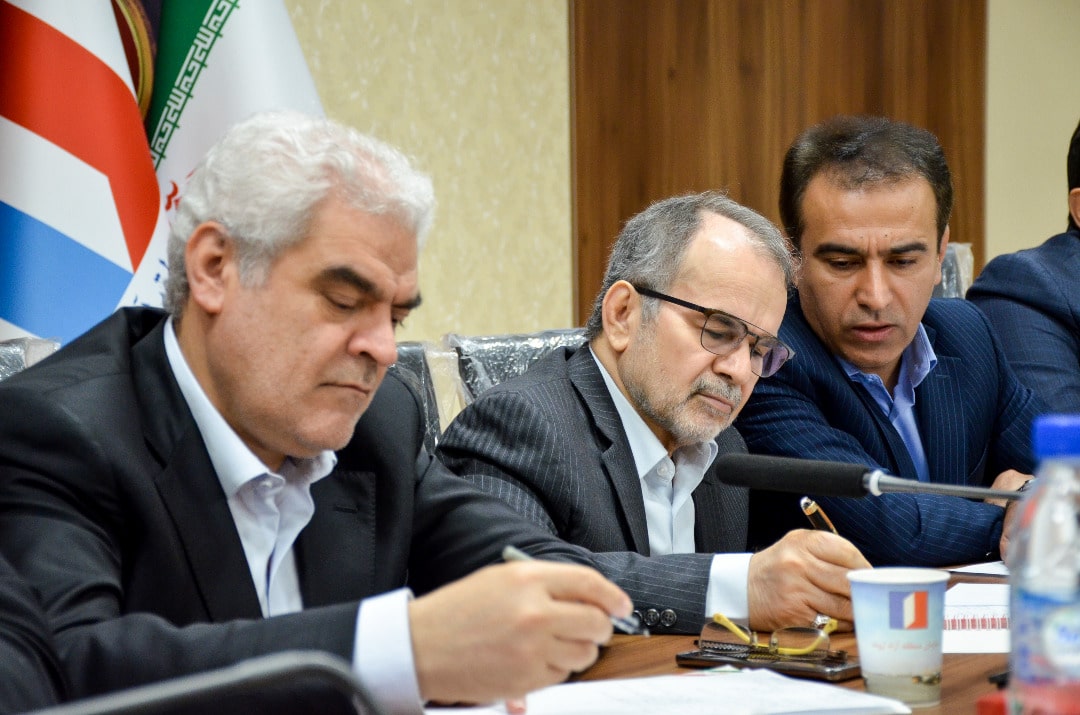 According to the Public Relations and International Affairs department of Arvand Free Zone Organization, during a conference commemorating the craftsmen held by the Organization, an agreement was signed by Mohsen Salehi Nia, Deputy Minister and Managing Director of Small Industries and Industrial Towns of Iran and Esmaeil Zamani, the managing director of Arvand Free Trade Organization.
Mohsen Salehi Nia said: the memorandum of understanding is aimed at enhancing cooperation between the two organizations, and the meeting held last month with the managing director of Arvand Free Zone Organization in order to investigate the problems of Abadan and Khorramshahr industrial towns in Tehran; the basis for concluding a memorandum today with the goal was to remove obstacles and improve business environment in the form of joint actions.
Managing director of Small Industries and Industrial Towns of Iran, in another part of his speech pointing to his trip to the cities of Abadan and Khorramshahr, said that the industrial towns and units of Arvand Free Zone have good facilities compared to other settlements in the country.
He pointed to the forgiveness of small-scale banking crimes in industrial towns throughout the country and said: In harmony with the Islamic Consultative Assembly this year, the forgiveness of bank crimes is on the agenda, and its regulations are being reviewed and approved by the Management Organization, the Ministry of Economy and Finance, and other executive agencies.