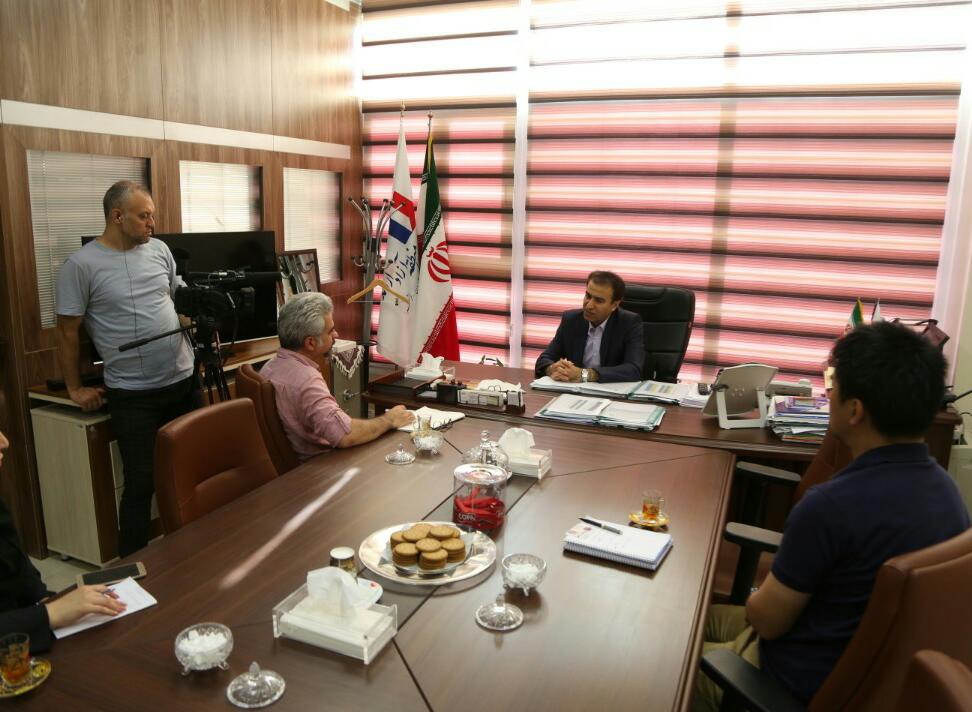 The economic services of the only National Radio and Television Broadcasting Corporation in Japan (NHK) traveled to Arvand Free Zone.
According to the Public Relations and International Affairs department of Avand Free Zone Organization, the team had a 3-day trip to Arvand in order to visit the commercial and economic capacities of the area.
The Japanese national television journalists visited the Shalamcheh trade border and industrial towns of Abadan and Khorramshahr.
The Japanese national television correspondents were invited by the Public Relations and International Affairs department of Arvand Free Zone Organization to pay a visit to commercial border of Shalamcheh and industrial towns of Abadan and Khorramshahr.
In the meeting with Deputy of Investment and Economic Affairs of Arvand Free Zone Organization, the talks were focused on the volume of investment, the impact of sanctions, exports, Iraqi market, and exchanges with neighboring countries.
In a conversation with NHK, Sayed Ali Mousavi said: Iraq was the largest trading partner of Iran, adding that in June 120,000 Iraqis entered Arvand Free Zone ; saying the entry of Iraqis into the region and the capacity that our markets bring to these tourists has created million dollars a day for the country.
At the end, by estimating Arvand unique capacities in comparison with other free zones of the country, he assessed the region’s economic growth positively in the near future.