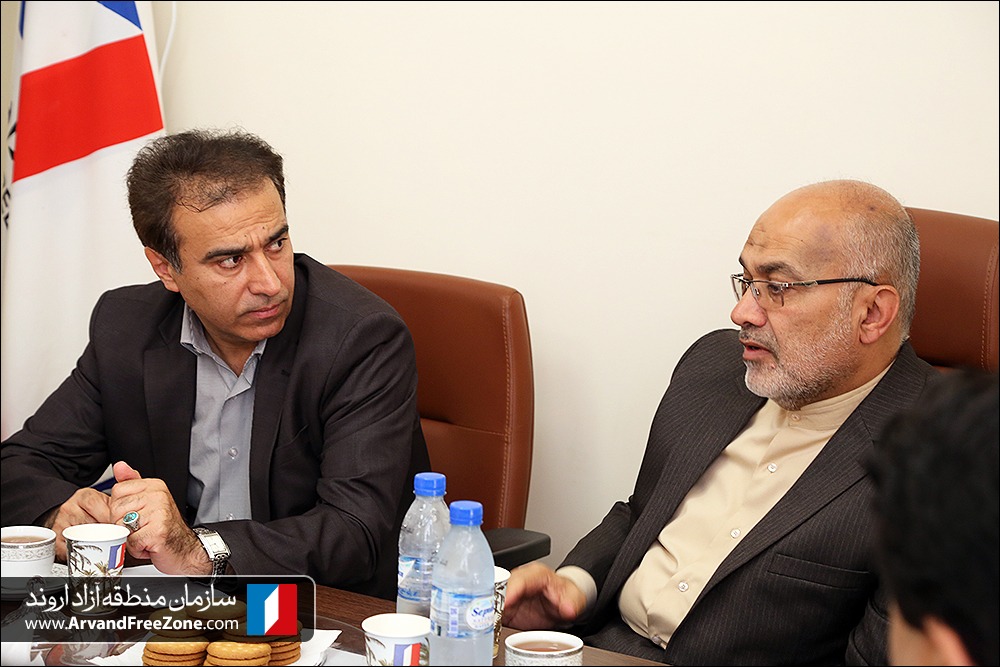 According to Public Relations and International Affairs department of Arvand Free Zone Organization, Ahmad Siah Poosh, in a meeting with deputy of investment department, Seyyed Ali Mousavi and other managers of the department added: “Security and economics are complementary and fortunately, there is a good interaction between security and economic departments.
Ahmad Siah Poosh, Consul General of the Islamic Republic of Iran in Basra also announced that the representative of the Islamic Republic of Iran in the Iraqi province of Basra is ready to pursue the possible problems of Iranian businessmen and companies based in Iraq.
At the end of the meeting, the two sides emphasized on the need for increased cooperation between the two countries. It is also stipulated that the two countries should follow up on the issues raised