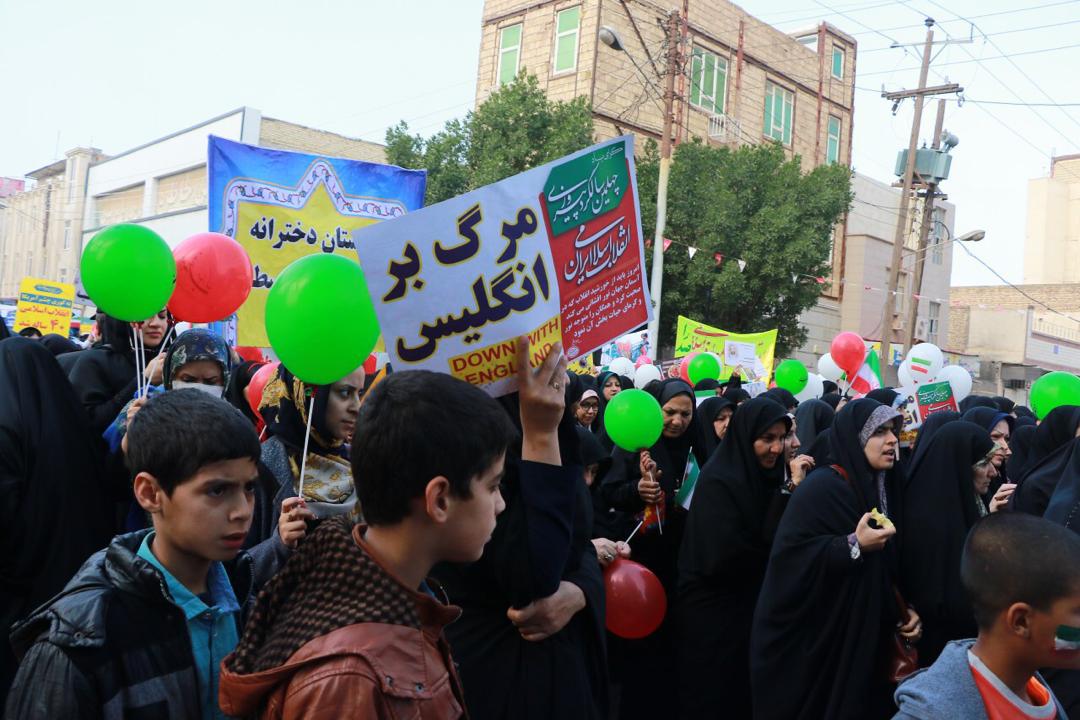 Simultaneously with other parts of the country, the brave people of Arvand Free Zone attended the 22nd Bahman March.
According to the Public Relations and International Affairs of Arvand Free Zone Organization, along with the call of Allah o Akbar ( God is the greatest), the call for loyalty to the ideals of the Islamic Revolution, the great leader and founder of the Islamic Republic, and allegiance to the Wali-Faqiyah, people created another epic on February 11th.
The rally was held with the presence of Esmaeil Zamani, the Managing Director of Arvand Free Zone Organization, and a group of deputies, managers and staff of the organization and other officials of the city.
The mettlesome people of Khorramshahr and Abadan hand in hand shouted the alliance and created another epic, regardless of color, race, ethnicity or clothing.
The epic of brotherhood and support of the ideals of revolution were created by the people of Arvand Free Zone.