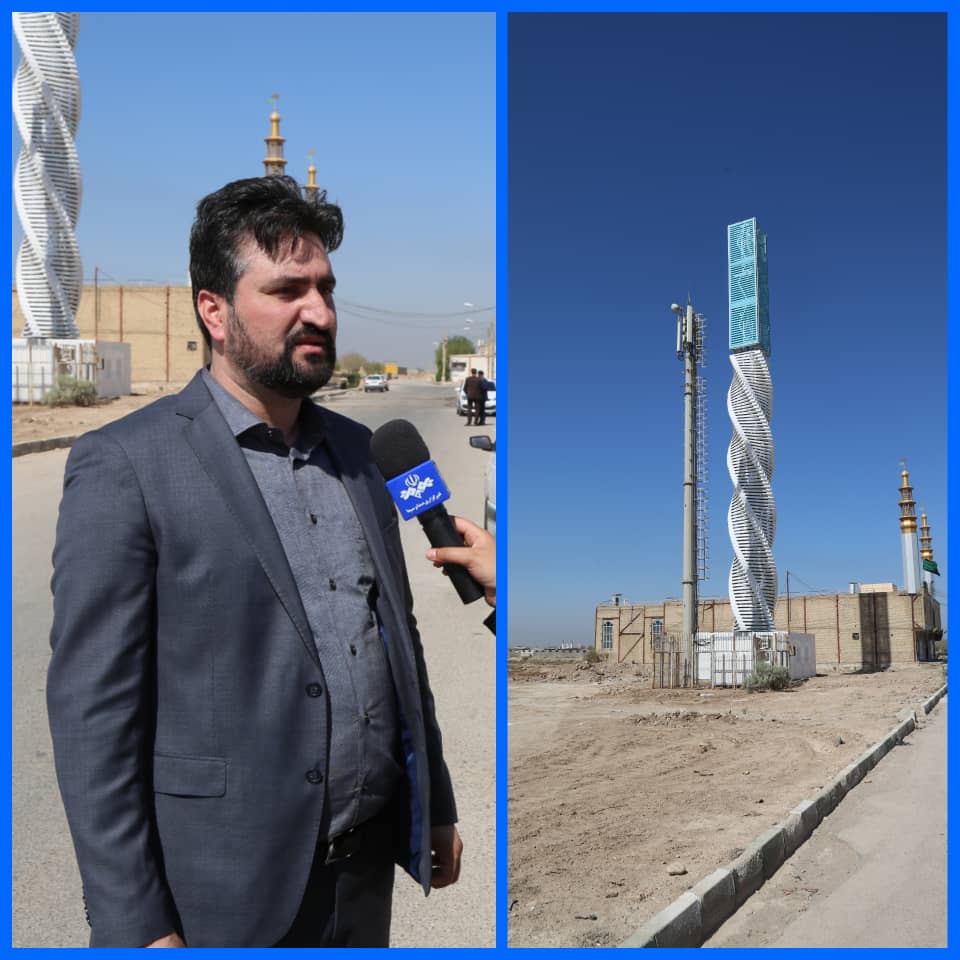 The first phase of tower sharing Project was commenced in Arvand Free Zone.
According to the Public Relations and International Affairs department of Arvand Free Zone Organization, Kamal Rezaei added: “The purpose of this project is to improve the urban landscape by installing beautified structures and adapting to peripheral constructions for telecommunication sites, reducing the number of BTS towers in the level of the region and the gathering of towers located in residential, educational and health centers.
Director of ICT Infrastructure of Arvand Free Zone Organization said, mobile operators need to increase their antennas and towers to provide better services and coverage, hence the issue of standardized antennas should be considered more than ever. In the formulation of the guidelines for the installation and use of antennas, the safety of the dock and antenna itself has certain international rules.
Rezaei added, it is in compliance with the standards regarding strength of the tower structure and its performance during earthquakes or unexpected events, as well as the strict observance and approval of the country’s atomic energy organization regarding the density of magnetic waves from the requirements of mobile antennas.
Referring to the importance of this project, he said, 100 percent of mobile phone signals is covered with an aggregate of 85 towers in Arvand Free Zone, with more than 400 billion Rials being invested by Mobile Telecommunication Company of Iran ( Hamrahe Aval).
Kamal Rezaei pointed out: “For example, the first tower in Farhangian district of Abadan city was launched and the excavation and foundation operations of the other 5 towers started simultaneously and according to the timetable, this project will be finalized by the end of the current year.