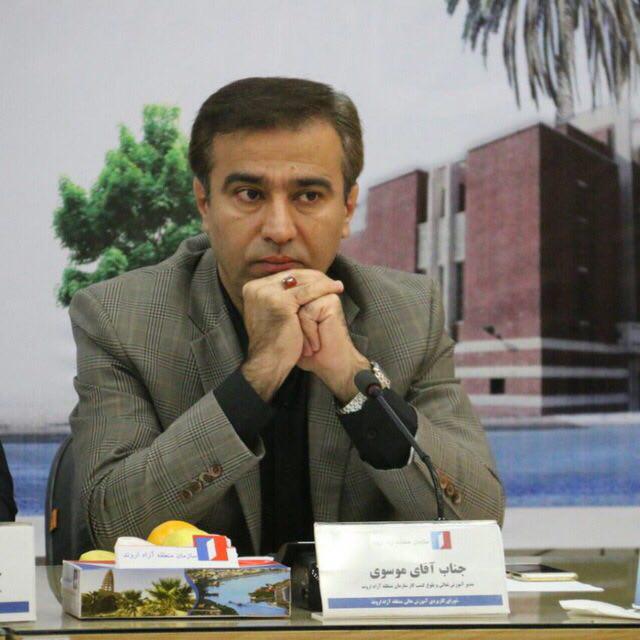 Deputy of investment and business development department of Arvand Free Zone Organization: Supporting activities of domestic and foreign investors is of one of the most important indicators and priorities of this Organization.
Public Relations and International Affairs department of Arvand Free Zone Organization reports, Seyed Ali Mousavi stated, we support export oriented goods produced in Arvand and provide the base for their presence at international and domestic exhibitions. He described Iraq as the main destination for most of the production of Arvand Free Zone and added: So far, several meetings have been held with the Iraqi Chamber of Commerce and its economic and trade elites to introduce capabilities of active companies in Abadan and Khorramshahr.
Mousavi pointed out the export of 92 million dollars of non-oil goods from the port of Khorramshahr last year and stated, comparing to the previous year, the growth of exporting goods from Khorramshahr port is raised by 75%.
He at the end added, from this year industrial exploitation license for the producers of industrial site of Arvand Free Zone will be issued for three years under certain conditions.