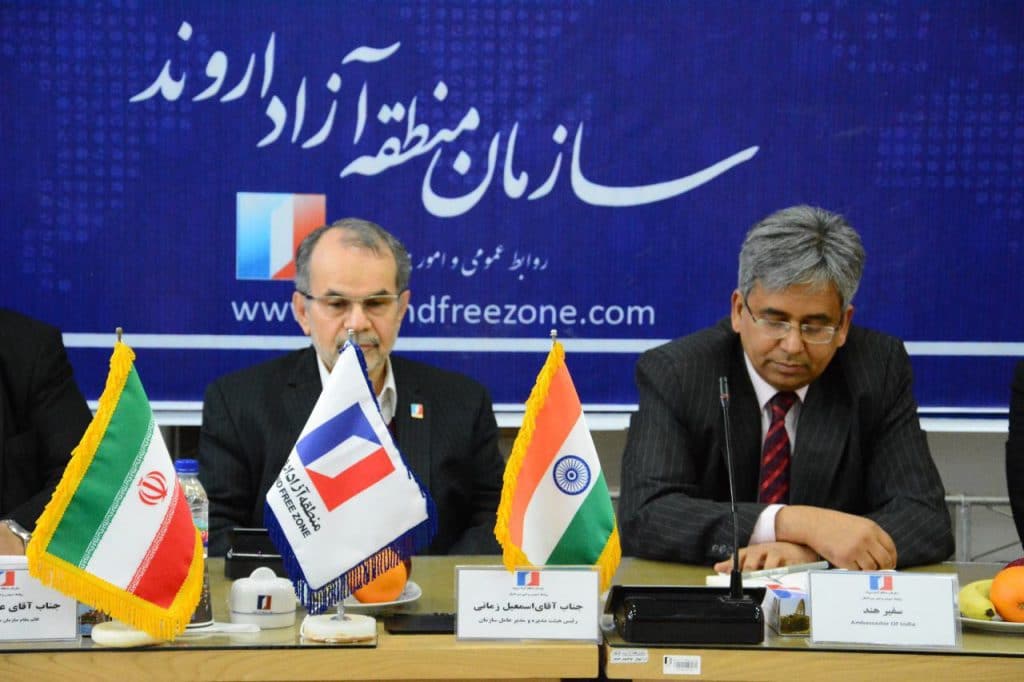 Sorab Kumar the Ambassador of India in Iran at the meeting of trade and economic relations of Iran and India which was held in Arvand Free Zone said: we hope for good relations in the political and economic sectors and the Indian consulate to be active once again in this area.
Public Relations and International Affairs department of Arvand Free Zone Organization reports, Sorab Kumar while pointing to the desire of both sides of India and Iran expressed, India is willing to increase relations between the two countries.
He added, Khuzestan is an important point for India and according to the map of industrial centers, Khuzestan is one of the major industrial centers. This region plays an important role in the production and export of Khuzestan, and by increasing communication between the two countries, economic sphere can be expanded in other fields.
Sorab Kumar indicating the capabilities of technology in India added, India has made a lot of progress in terms of industrial and technological developments, and we expect Iran to take actions in this area for trade exchanges.
He regarding transit corridors in the borders of Iran expressed, India is ready to create transit corridor for commercial communications between the two countries.
Kumar at the end referring to his second trip to Khuzestan said, I believe in Iran, Khuzestan is the only place which has historical link with India.